Cyber Warriors Army
MintRoadmapHow to join?Jak dołączyć?
Brought to you by Skinwallet S.A.

CyberVersum aims to provide a fully metaverse experience focusing on establishing a wide-range of interactions with the top metaverse worlds. One of the initial, past-mint choices of CWA Members will be the decision in which leading metaverse project we will start building the CyberVersum dedicated space. Should it be The HEAVEN based in The Sandbox or Art and History CyberVersum Gallery in CryptoVoxels?

CWA Members will have exclusive access to the various metaverse-usable assets such as voxel versions of their Cyber Warriors or special CyberVersum weapons and wearables for use in the metaverses such as The Sandbox.

Below you will find initial voxel models proposals for our favorite Jeffrey and GreenGuy: 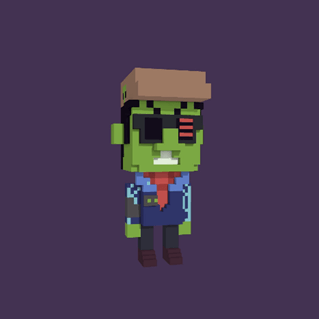 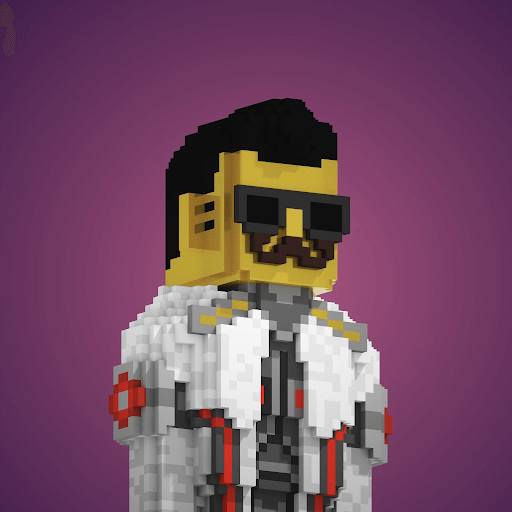 In the future you will be able to use Cyber Warriors to explore e.g. The Sandbox universe!

CWA Members are entitled to the commercial rights of their tokens. You own the commercial and creative rights to the IP of your NFT so you can get paid for derivatives you create or if your NFT is used in a comic book, animated series, etc.

CWA is a project with esports vibes flowing through its veins, so it is natural for us to organize internal esports tournaments dedicated to the project’s community. What are the games you would like to compete with CWA fellow comrades? Do you prefer FPS games like CS: GO or Valorant, MOBAs like LOL, or maybe you are fans of sports and want to compete in a FIFA tournament? We hope to find a challenge for everyone.

Our long-term goal is to bring esports into web3 dimension and to make CyberVersum a home for esports competition based on tokenization, NFT-technology utilities giving its fans as much ownership and impact as possible. You can see what impact blockchain has on art, music or gaming, we want Cyber Warriors Army to be on the very front of the esports web3 revolution.

As a Skinwallet (CWA’s founder and developer) we have established long-standing relationships with many well-known brands in an esports ecosystem. CyberVersum, as the first esports NFT project,  has an ambition to be the safe spot for esports influencers to join the NFT revolution. CWA is only the first project from the world of CyberVersum, and as it develops, we intend to expand it also with limited NFT series created in cooperation with real esports stars.

CWA’s team cooperates with best in class writers to provide you with top quality storyline and unique experience of story development using NFT technology’s utilities. In regular periods of time the storyline will be developed and token holders will have impact on the future of CyberVersum world and the presented story. The first big clash for Cyber Warriors is coming soon.

Airdrops based on the storyline progress

With the development of a storyline, the world of CyberVersum will be widened by new tokens available in special airdrops and/or pre-sales for CWA Members. Moreover CWA Members will be awarded with special metaverse NFT items related to the story progression.

CWA will be presenting its main storyline events through a wide combination of different cultural forms. Web3 is a revival and a new chance for many forms of art and CyberVersum is open for all of it. You can expect stories about CWA warriors in the form of comics, as well as rap songs, TikToks and animated stories. All of this is provided by renowned and talented creators looking to make their mark in the NFT world.

CWA Project will have its own Community Wallet – the special funds dedicated for the community incentivization as well as additional marketing activities targeted to increase project adoptions towards mainstream.

Community Wallet will be used for i.e:

The most active and valuable members of the CWA community will receive special Utility Tokens in the form of NFTs based on the ETH network. Utility Tokens, dependently of its class, will e.g. grant access to exclusive groups (i.e. NFT Alpha Leaks), provide early-access to the $CWA token discussions, give more impact on Community Voting as well as empower Holders to become project leaders in the areas such as Art Curation or Web3 Esports.

Values such as cooperation, creativity and promotion of valuable content define web3 and they are also guidelines for the CWA project - therefore one of our key missions will be to create an ecosystem of creators - graphic designers, digital fashion creators or developers, and provide them with the most valuable space for further growth and development.

Development of Web3 tools for creators

Skinwallet’s (CWA founder) stakeholders and partners got plenty of experience in the area of software products development. CWA can use their know-how and experience to explore the extraordinary possibilities of creating a technological infrastructure around web3 with the best use of the creators' ecosystem built in CyberVersum. We intend to offer authors not only a space to present their works, but also dedicated tools that will allow them to more effectively monetize the possibilities in the area of metaverse.

CWA is looking for talent. We want to discover talents and empower artists to democratize the creative industry and to give a chance to shine to those who are the most underprivileged on their way to achieve success and side-step traditional barriers which might be possible now thanks to the web3 revolution.